Liposuction for men targets unwanted fat deposits commonly located in the abdomen, hips or thighs, often resulting in the appearance of unbalanced body proportions. Through this process, these unwanted fat deposits are broken down and then removed from the body resulting in a smoother, flatter appearance. Liposuction is also used to reduce excess tissue in the chest (gynecomastia).

Through a series of small incisions targeting the desired fat deposits, your surgeon will inject a saline solution that makes the fat cells easier to break up and remove. After this, she inserts a small suction tube, which serves to remove the fat deposits permanently. Often times, liposuction is often performed along with other cosmetic plastic surgery procedures, such as tummy tuck surgery or breast reduction surgery. Liposuction often decreases or eliminates self-consciousness associated with stubborn body fat and results in an increase in confidence post-surgery.

Liposuction is a surgical procedure to remove unwanted fat from a patient’s body. Liposuction can be performed on a variety of areas, including abdomen, chin, hips, stomach, thighs, and many other areas. Patients who have had liposuction say their body has been reshaped and their clothes fit better.

A man in his 40s is shown 1 year after a short incision Tummy Tuck with Liposuction. A scar minimizing technique was employed, with the incision hidden in the underwear line.

The goals of a male Tummy Tuck with Liposuction are different from a Tummy Tuck with Liposuction performed on a woman – instead of addressing female curves, the goal is a firmer, flatter abdomen in a man. A man may have excess skin after significant weight loss that needs to be smoothed, or abdominal muscles that need to be tightened after being separated or stretched during excessive weight gain. 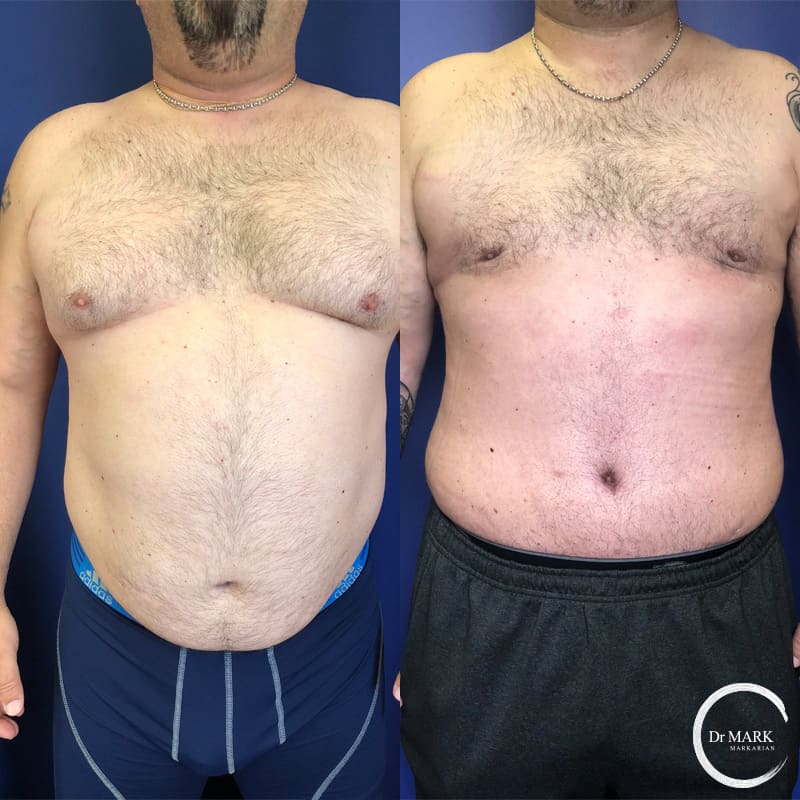 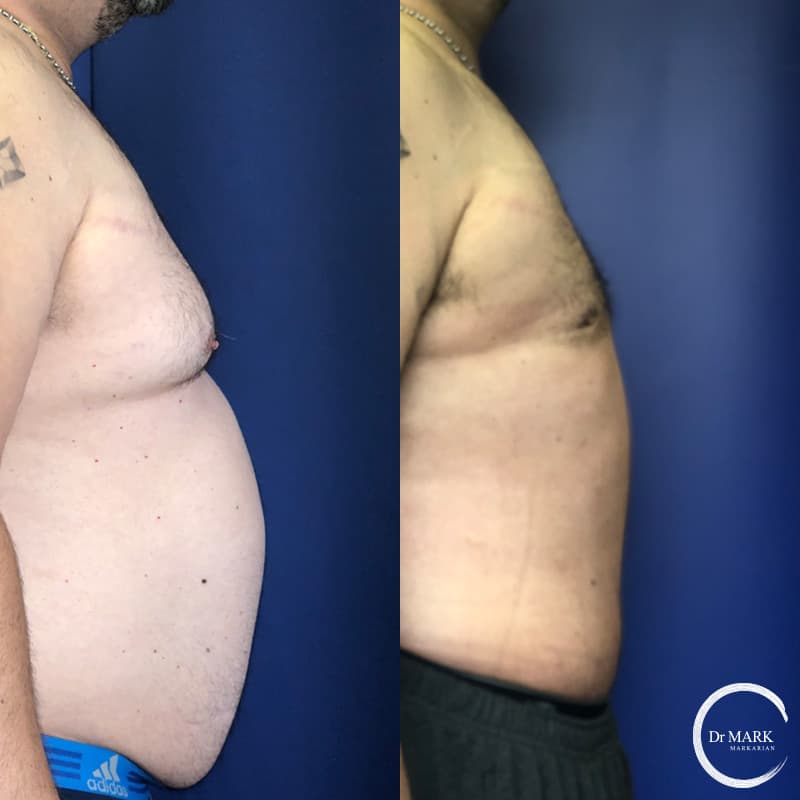 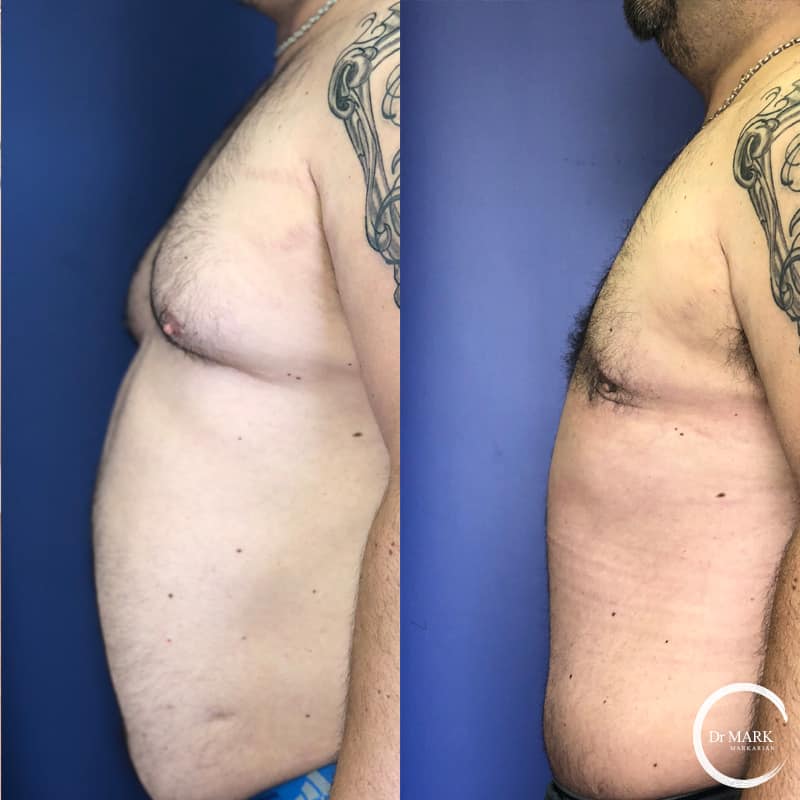 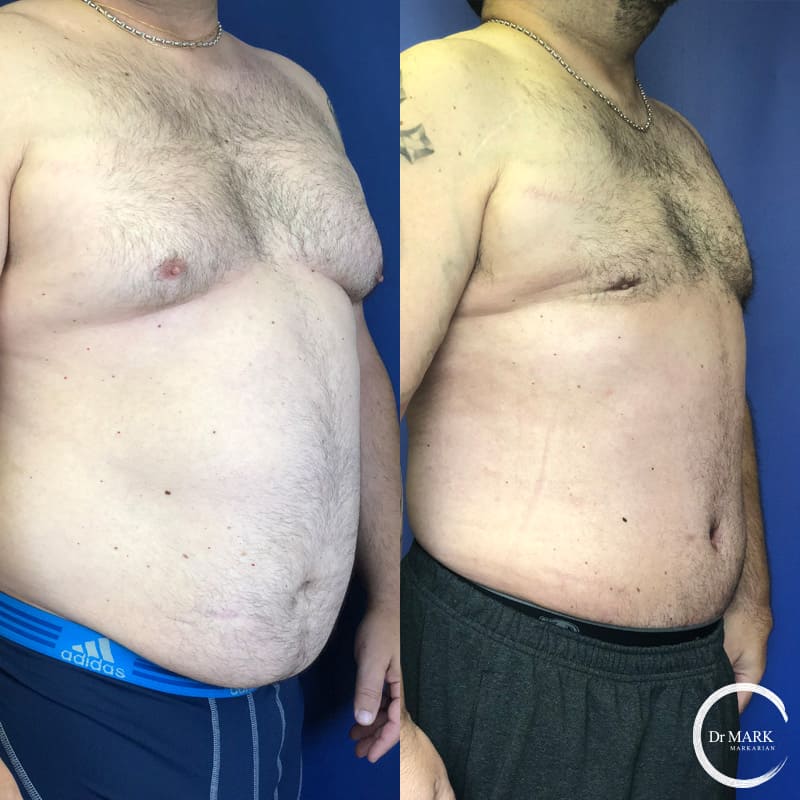 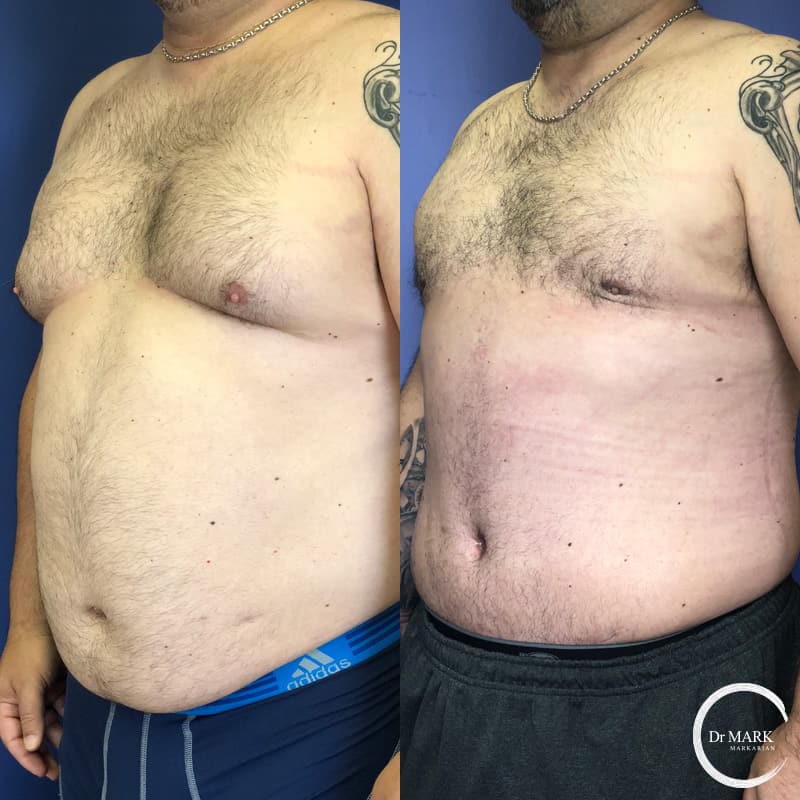