The nose is the central feature of the face and its appearance determines the overall look of a person. Many people are unhappy with the size, shape and position of their nose, whether this is because it is large and dominates the face, is crooked or has a lump on the bridge, has an asymmetrical appearance or for another reason. Nose reshaping surgery, also known as Rhinoplasty, is one of the most common cosmetic surgery procedures performed across the world, and as well as being requested for cosmetic reasons, it can also be used to correct breathing issues.

One of the draws to plastic surgery I always had was the inherent challenge in detailed surgeries. No other surgery in plastic surgery demands such attention to detail as does the rhinoplasty. I enjoy creating a natural, balanced, facial appearance when enhancing a nose to truly complement the rest of the face. I always tell patients that rhinoplasty is a game of millimeters and the slightest adjustment to the dorsum of the nose can effect the tip or vice versa. While some noses can benefit from more significant modification than others, my goals are always to strive for a natural result

A young man is shown 6 weeks after a Septoplasty and Rhinoplasty.  Preoperatively, the patient had difficulty breathing from his nose and complained of a dorsal hump with slight drooping of his nasal tip.
The septoplasty was combined with spreader grafts to achieve instant improvement in his breathing which he noted in the recovery room, immediately after surgery.
The rhinoplasty improved his dorsal hump, and rotated the nasal tip up just enough to improve the nasal droop and maintain a natural appearance to the nose while preserving a masculine appearance. 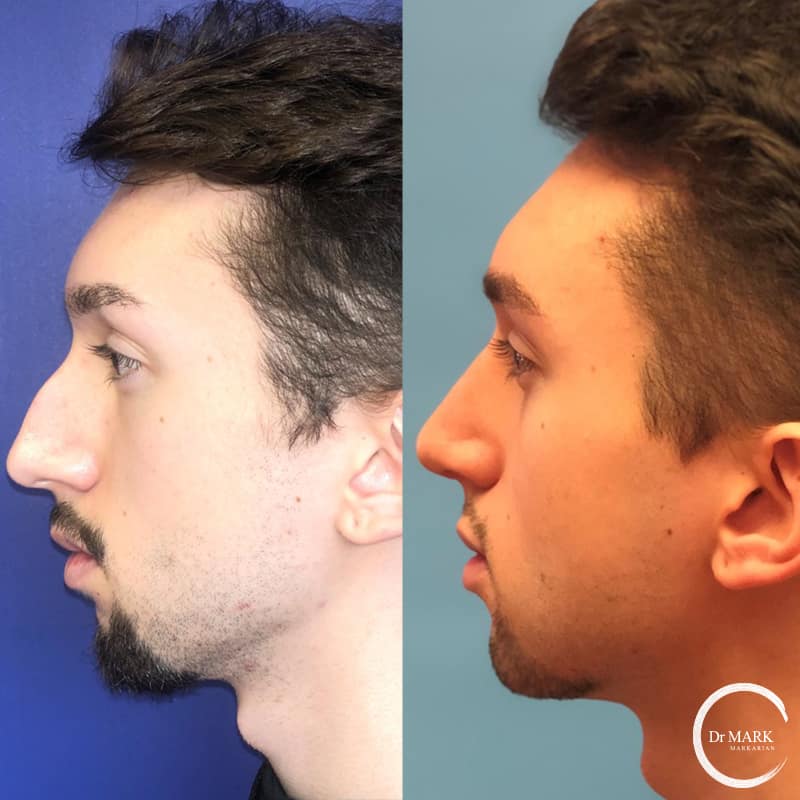 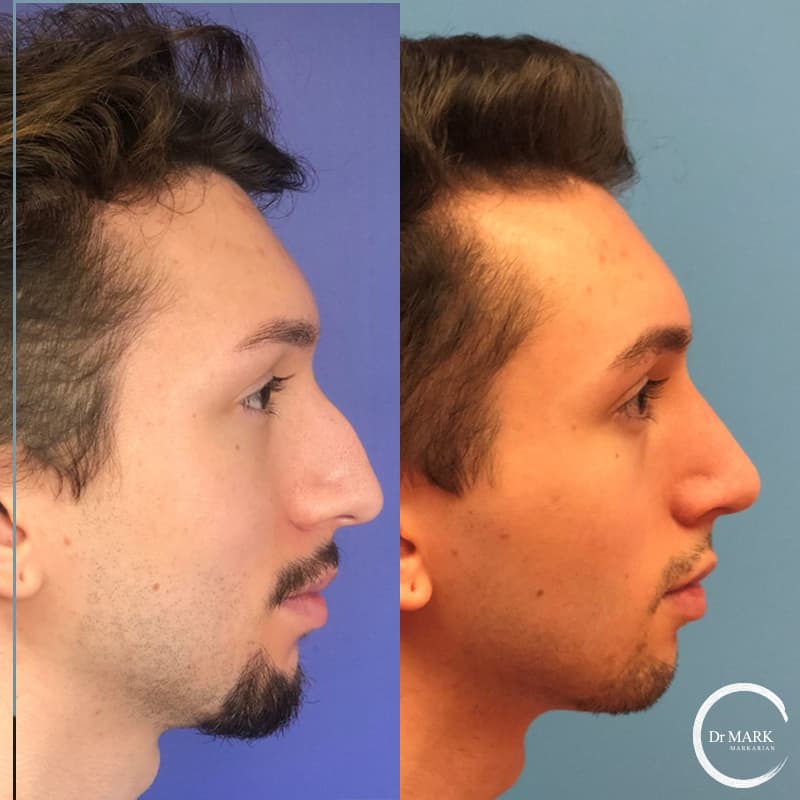 A 20 yr old male is shown 6 weeks after a Rhinoplasty. The goals of a Rhinoplasty are to enhance or reduce the nasal bridge, to adjust the angle and definition of the nasal tip, to redefine the apparent length of the nose, to restore a more natural nose shape after trauma or injury, and to create a more balanced facial appearance. An additional goal in men is to provide these nasal enhancements without feminizing the nose. 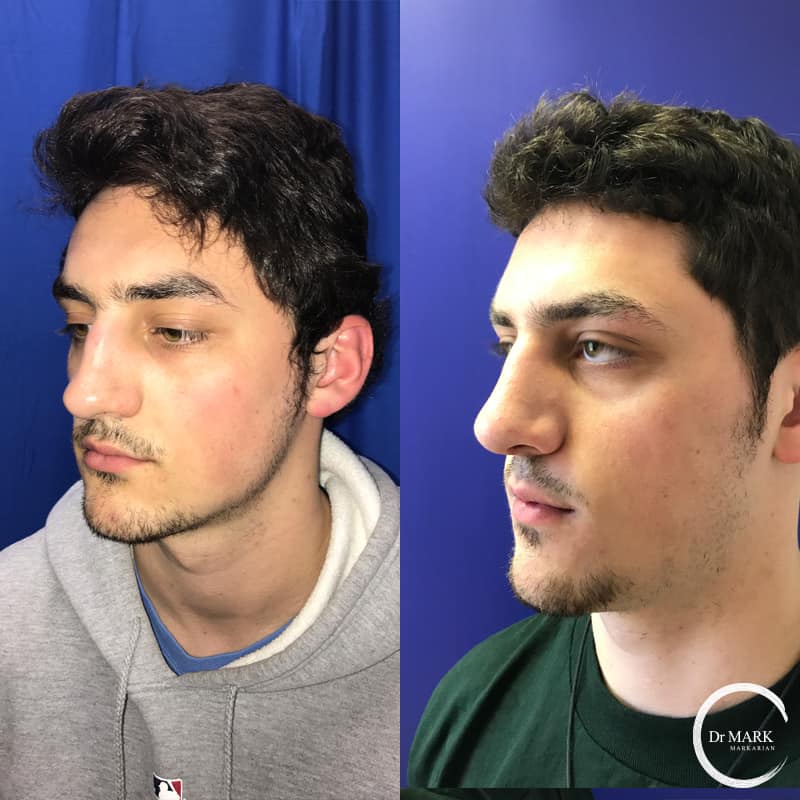 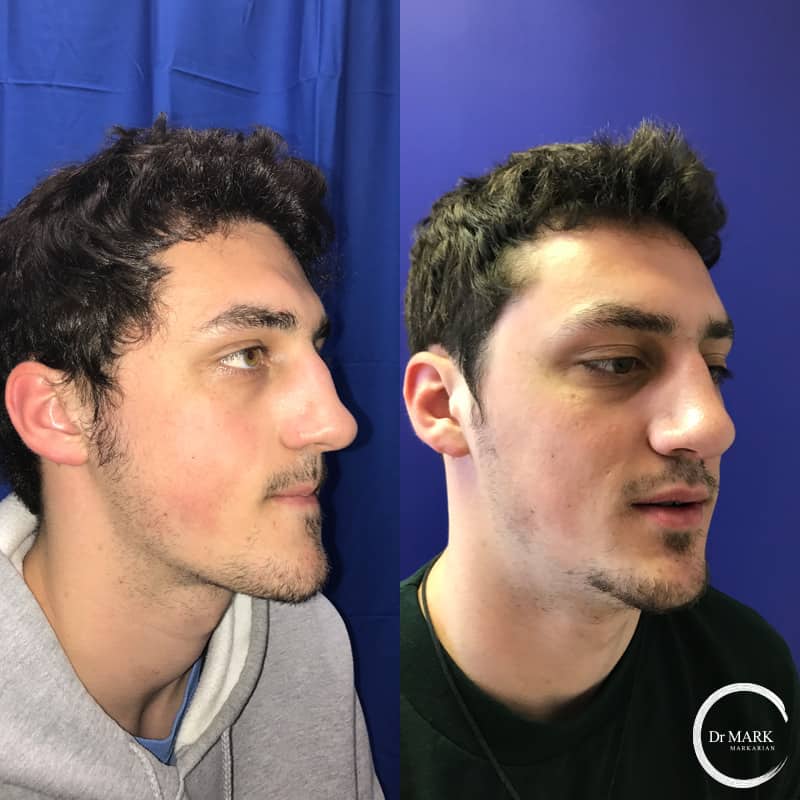 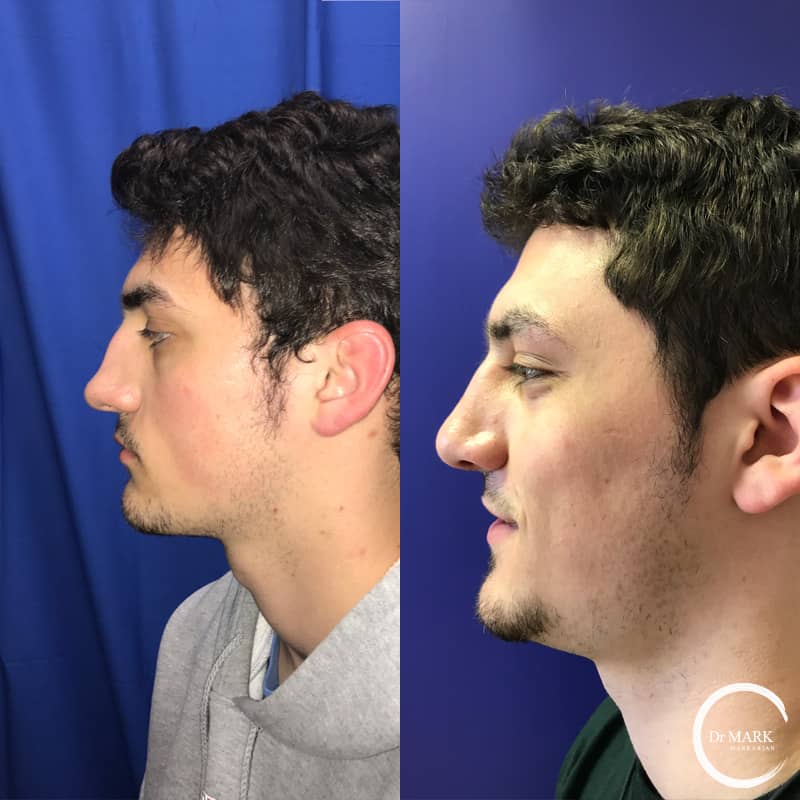 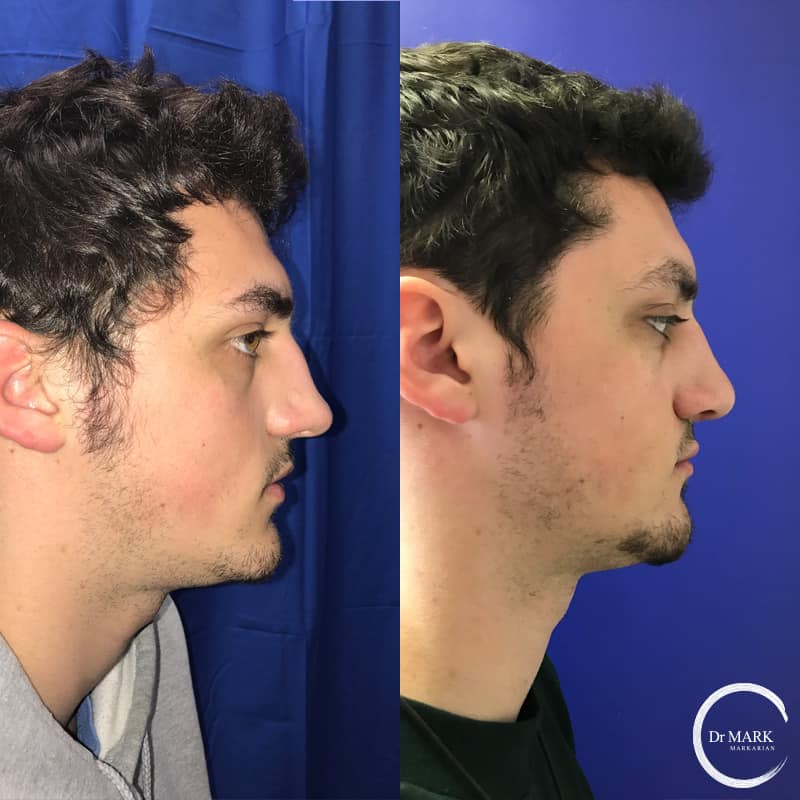 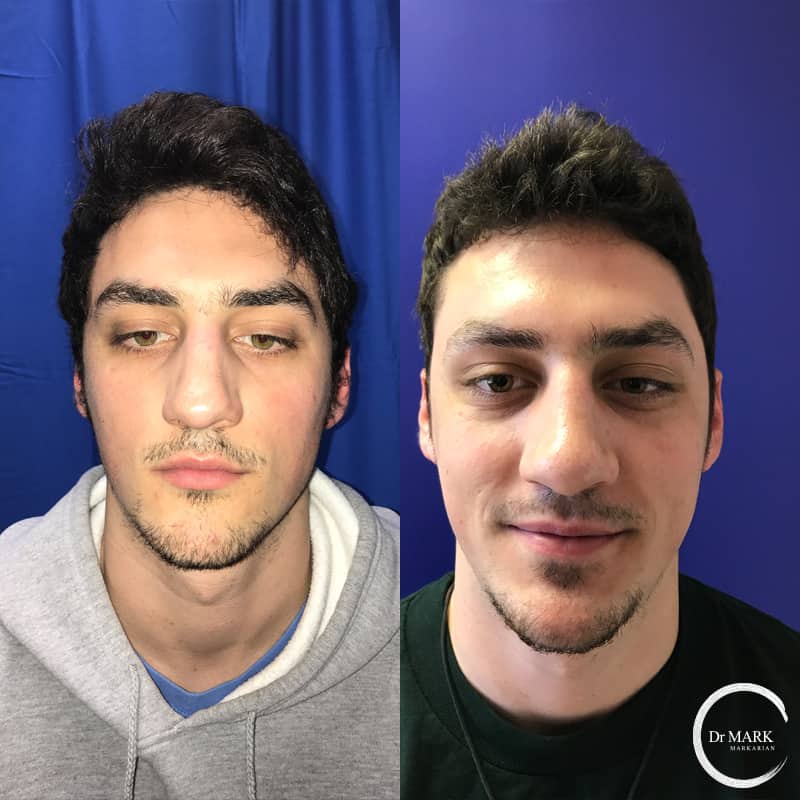